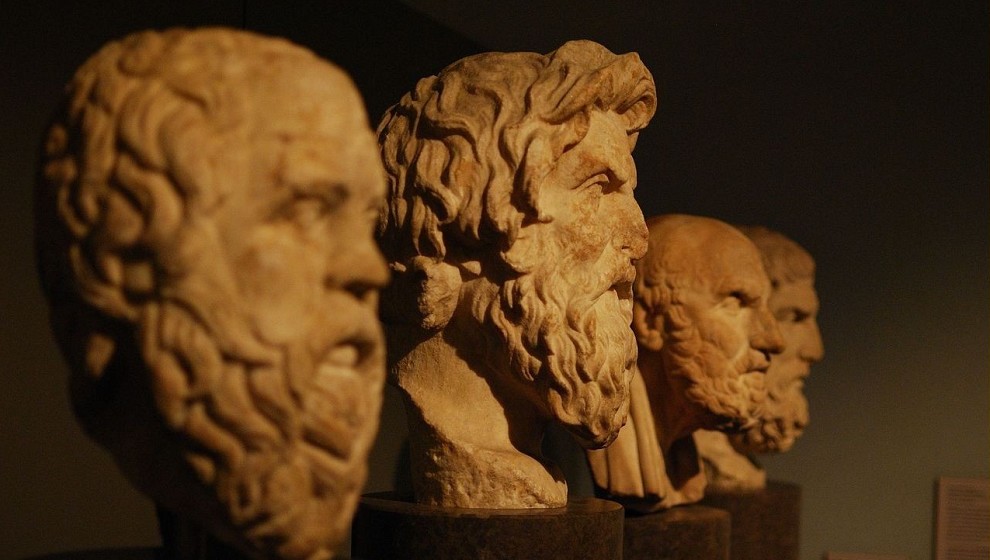 Valuable advice is given to us by two scholars of the calibre of Thomas Kuhn with regard to the concept of "paradigm shift" and Arnold Joseph Toynbee with regard to the necessity of organising humanity in a world state. This advice we can use to deal with the most serious problem in history, that forces us to focus on the issue of nature and cosmopolitanism and philosophy as the basis of politics. These are central topics in the history of philosophy.

In particular, in ancient times we have already had Plato as the philosopher who made clear that philosophy has to be the basis of politics. By saying that, he laid the foundation for the fundamental human action, which is based on knowledge and not on power.

The Stoics should undoubtedly also be taken into account, since they were the first philosophers to treat the cosmopolitan dimension as the one appropriate to the concept of the state.

In modern times, it was English thinkers, especially John Locke, who pointed out the fundamental rights of the human being, which today form the foundation of democracies and the Universal Declaration of Human Rights (1948).

Baruch de Spinoza argued very convincingly with geometric method that there is a single main substance (natura naturans) in the world from which every form of life (natura naturata) originates. This clarified the basis for the dependence of the individual on nature, as it had already been exposed by the Neoplatonists before him, especially by Plotinus and Giordano Bruno.
A milestone of the Enlightenment is Jean-Jacques Rousseau’s clarification that the general will of the people and not only that of few individuals is the basis and thus also the purpose of the state. Moreover, the Swiss-French philosopher showed in all clarity that nature and naturalness are the foundations of all human beings.

It is a great merit of Immanuel Kant to have further developed the cosmopolitan dimension and in particular to have shown the close relationship between peace and cosmopolitanism. The philosopher from Königsberg has laid the rational foundation of an autonomous morality that is no longer dependant on religion by means of categorical imperatives. In his view, religion does not die: it survives, but as philosophy, as ’religion of reason’.

Meanwhile, Georg Wilhelm Friedrich Hegel understood the historical dimension of every political action and showed that a political ideal can only strive for its own practical realisation if it is firmly anchored in the phase that humanity is going through at that particular time. This phase depends on the realisation of the Absolute in the world and is only partially dependent on humankind.

Karl Marx and Friedrich Engels deserve the credit for having shown that any political action cannot ignore the economic violence within society.

After the turbulent period of the two world wars, a philosophical-political reflection continued in the second half of the last century, focusing on understanding how to overcome the national divisions that caused both catastrophes. The pro-Europe idea, which has its own foundations in the Manifesto (Ventotene Manifesto) written by Altiero Spinelli and his friends on the island of Ventotene in 1941 and based on Kant, gives the European integration project a strong cosmopolitan connotation and openness towards other states.

Several living Philosophers such as Christoph Jamme, Ottfried Höffe, Thomas Sören Hoffmann, Richard David Precht, Wolfgang Schild and Ludwig Siep (Germany), Thomas Pögge (USA), as well as the author of this article Marco de Angelis (Italy-Germany), have identified this supranational dimension of philosophy, noting that it is fundamental in the direction of the socio-economic life of globalized humanity today and even more so in the future.

These are only very few of the thinkers who develop and present their ideas from a supranational and cosmopolitan point of view and thus represent a fundamental reference point for political action that wants to have a serious philosophical foundation and that can point to a future global organisation of humanity. Only such a philosophical orientation can be capable of adequately addressing the fundamental problems of humanity today, such as overexploitation of the ecosystems, climate change, but also that of child mortality in so many regions of the world. These are problems which by their very nature are problems of the whole of humanity and not just of some national states.
They are partly still living thinkers, of whom we can not only discuss the works on this platform, but also establish a direct contact through interviews, videos, lectures etc.
This enormous treasure of philosophical thought cannot be ignored in any way by a movement that not only wants to protest but also to propose a new "paradigm". Within this treasure, there are the basic lines of a new worldwide political organisation capable of setting the future of humanity in a serious and scientific way.

If someone likes to suggest a room on the topic of "World Cosmopolitan Philosophy" – of course according to the cosmopolitan orientation of the platform – please contact us by e-mail.