2022(7d): ’Classical civilisation and the incivility of those who would erase it’ 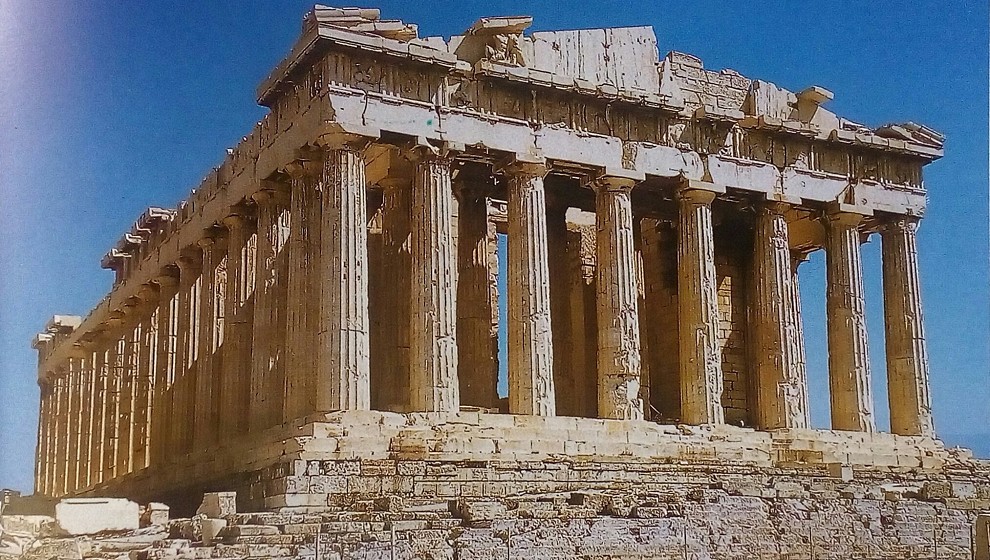 PHILOSOPHY OF LANGUAGE AND HISTORY

*
’Classical civilisation and the incivility of those who would erase it’

In the 1970s, we did not have what Hegel more or less called the ’serene calm of simply thinking’ (I am quoting this from memory), necessary to indulge in study. This was both because we were young in our teens, with all the turmoil of age, and because the politics of the time, which was very compelling, although not surprisingly clouded by the ’strategy of tension’ (financed by the P2 and Washington, we would later learn 30 years later) diverted our intellectual interests towards politics, a subject that strangely is not studied in the Italian classical high school, even though it is so comprehensive. So many of us, although intelligent and committed, gave no importance to subjects that seemed remote from everyday life and politics, such as classical languages, Greek and Latin. The aim was to somehow get to the coveted 6 final, even by copying the versions.
Subsequent studies in philosophy, which then allowed me to devote myself to truly understanding the reasons behind politics, however, increasingly revealed to me the importance of the classical languages and in particular Greek. It was, and still is, therefore, a very appropriate approach to the classical high school, although perhaps a little removed from the authentic needs of an adolescent who wants above all to understand his own time. The truth is that one should go to school all one’s life, perhaps as an adult only for a couple of hours a week, but study must be a constant activity in life, it is unthinkable to stuff oneself with all human knowledge until the age of 18, if all goes well and one completes one’s high school studies, as if one were a barrel to be filled with oil for the whole year. The value of certain subjects is often understood with time, it takes maturity and life experience, especially then when it comes to subjects concerning the classical world, seemingly so distant from our own.
So this morning, something I had wanted for a long time, I gave myself a Greek-Italian dictionary, as I no longer have the school dictionary of yesteryear. In fact, I always try to understand the original Greek (or Latin) of the words I use in the texts I write, since that original contains the true meaning of the word. The term ’etymology’, i.e. the study of the origin of words, means, in fact, literally from the Greek: ’study of the true’ (from the Greek ἔτυμος, étymos, ’intimate meaning of the word’, and λόγος, lógos, ’study’). In short, only by studying the etymology of a word can we understand its true meaning.
That is why it is so important to study the classical languages, especially Greek (but other cultures will obviously study their own classical languages, we fundamentally belong to the Greek civilisation, we are their descendants, as well as the Romans, who in turn had assimilated Greek culture, so in the end Greece is our true homeland).
Words, however, are not for us something extrinsic, something external, but constitute our deepest being, our spirit, it is us. We are the words we use to speak and, before that, to think. By studying their meaning, we therefore study our meaning, the meaning of our thought, our spirit and our life, our self.
The study of classical languages is then nothing other than the study of what we are in our deepest selves, which is expressed in language, the fruit of millennia of a history that for us originated in Greece.
If moving forward in life is always a going back to the foundation, to what we have always been, as my very good philosophy teacher at university, Aldo Masullo, taught us on the basis of a careful and intelligent reading of Hegel, then going back to the foundation of our being, hence to the Greek world, is not really a study of the past, but of the present, of the language we use, of our deepest self, of what we are. This self of ours is therefore not 50 or 60 years old, but something like 3,000 years and more. The body has the age marked on its identity card, but the spirit has more, many more.
Since, however, almost by professional deformation from those 1970s, I always bring everything back to politics, because in fact everything depends on our life in the polis (in ancient Greek: πόλις, ’city’), then in the city where we just happen to be born, I wonder how the Americans, who want to shape the world according to their ’American way of life’ and are already doing so in abundance, by imposing their language, their food, their music, and even their weapons on us, not having their own millenary history and thus being endowed with a simplified language aimed at everyday coexistence, understand instead that every human being of the cultures they colonise is not 250 years old, as their culture is, but 2500 at least, if not many more as in the case of e.g. the very ancient Asian and Asian cultures. of the very ancient Asian and African cultures. There is, in short, the danger that these new barbarians will wipe out entire millenary cultures from the world, as they have already done with the Indian cultures that occupied those regions that they unfortunately ’invaded’ (to use a term now fashionable since 24 February).
And at this point I am reminded of a scene (in italian original language) from a Troisi and Benigni film, in which the two of them, plunged back into the 1400s, were trying to stop Christopher Columbus: a joke, certainly, but also a profound truth.
https://youtu.be/S7YJquv5vrc